Achieving adoption of a disruptive product 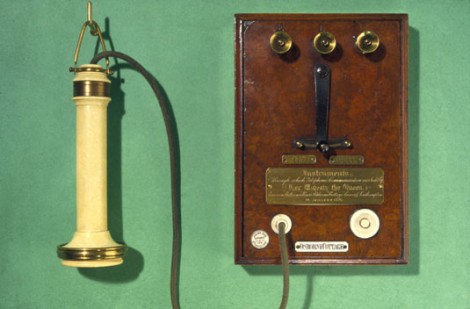 “The Americans have need of the telephone, but we do not. We have
plenty of messenger boys.” – Sir William Preece, Chief Engineer, British Post Office, 1878

“This telephone has too many shortcomings to be considered as a means of communication. The device is of inherently no value to us.” – Western Union internal memo, 1876

“Getting a new idea adopted, even when it has obvious advantages, is often very difficult.” – Rogers, 1962

Adoption of technology by end users is key to its success – even the most brilliant innovation is worth nothing if it doesn’t get used. Many technologies suffer from delays in achieving adoption. For example, voicemail was reported to have taken roughly 10 years to achieve widespread adoption [1], while the fax machine took roughly 50 years [2]. This shows that it is not just quality or usefulness that determines successful adoption: there are other factors at work.

Back in the late 1800s, the telephone met considerable resistance – people just didn’t get it. Bell actually tried to sell the patent to Western Union and to the British Post Office, but neither were in the slightest bit interested. The chief engineer at the British Post Office famously replied that they didn’t need it because “We have plenty of messenger boys.” [3]. This shortsightedness was the best thing that could have happened to Bell – today, the patent is regarded by some as one of the most profitable patents ever created [4].

Once Bell decided to start a telecoms business, the tricky business of adoption had to be dealt with. Bell knew that the benefits of the telephone were undeniable once experienced in the real world, or once you saw others like you experiencing it (aka observational learning). So, Bell Co. put telephones in hotel rooms for calling the front desk, in offices as a replacement to intercoms, and near lunch counters in diners and lunch rooms – “…that way, it reasoned, people who didn’t know how to use them would be likely to see people who did know how and in this way learn about the phone system.” [5]

By positioning telephones by lunch counters, Bell Co. are likely to have considered the public availability of the telephone usage, the highly concentrated flow of people past the telephone as they queued to buy their food, and the stage-like nature of this arrangement. They also indirectly chose a time for the interaction – lunch break, when many people have time to kill. Pretty clever when you think about it. Plus, the idea of replacing office intercoms with telephones was inspired. Intercoms were already used widely – by swapping in a telephone, this familiarized people with phones, using a known, comfortable context. Intercom-style usage is very limited (single point to single point, with no network), but it served well as a “foot in the door” to capture the attention of potential users.

What does all this mean for you – the designers of tomorrow’s products? Well, one thing’s for sure. Designing your product is only half the battle. If your product really is as disruptive as you think it is, you have to design a strategy for adoption.

The Bell Co. telephone adoption story can be found in The Social Life of Information by John Seely-Brown and Paul Duguid. Many thanks to Aaron Cheang who reminded me of this story while we were chatting about Google Wave.