Should the recession change how we “sell” User Experience? 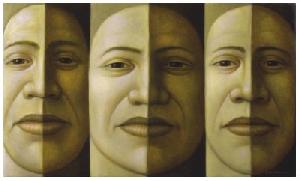 User experience is a many faced beast.

From one perspective, it’s all about differentiation, brand image and loyalty-building. While this argument is compelling, it involves a a big gap between money in → value out. Lord Leverhume once famously said “Half my advertising money is wasted. The problem is that I don’t know which half.” Swap out advertising with UX research and you’ve hit the nail on the head. The unclear linkage between money in → value out means this perspective of UX as differentiator was popular in recent years when the economy was stronger.

The inverse but equally valid perspective defines user experience as all about efficiency, optimisation and conversion rates. If 10,000 users arrive on your site, how can you persuade the greatest number possible to engage in actions that bring them enjoyment and bring you financial gain? In this perspective, you try to create a direct linkage between money in → value out, and take a systematic approach to investigating the measurable impact of design changes. In other words, it’s all about proving the return on investment (ROI). This UX as efficiency perspective is likely to be very popular during the recession.

Lately I’ve been finding myself increasingly referring to the latter perspective. It makes perfect sense that UX specialists should put their money on the table and promise to bring improvements of conversion rates or other performance indicators.

However, measuring ROI isn’t always possible, nor is it always a good idea. If you try to prove that every tiny design decision you make will have a positive impact, then you’ll kill your business. Proof is reassuring but it slows you down. With your competitors racing you to the market, this seemingly risk-averse behaviour is actually very risky indeed. Some design decisions are too small to test and measure individually. Sometimes, you’ve gotta have faith.