If you are a User Experience (UX) consultant, or a client who often outsources to UX consultancies, then this post is for you. It’s about UX skirmishes. In case you don’t know, a skirmish is a military tactic where the attackers move in swiftly, do as much damage as they can before the enemy has a chance to respond, and then leave. 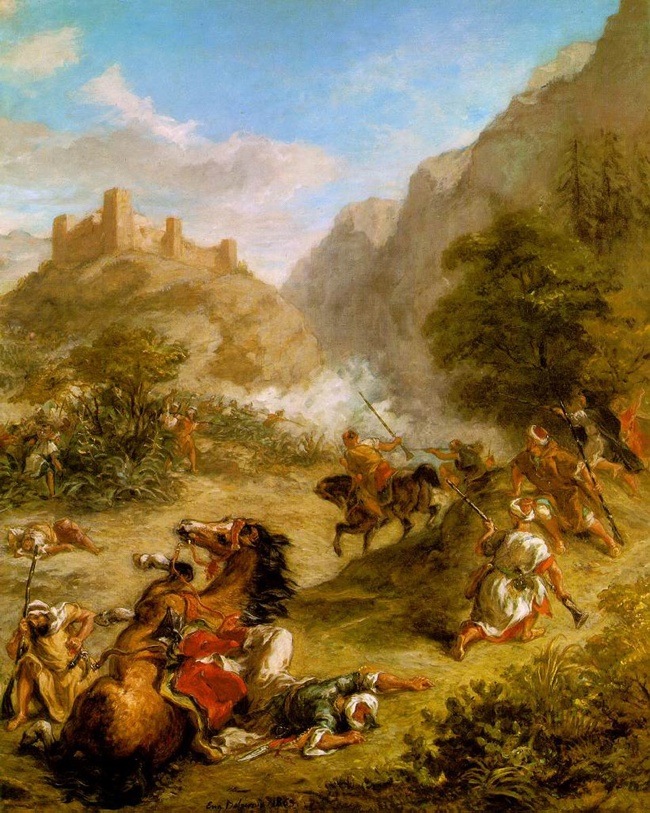 Delacroix (1863) Arabs Skirmishing in the Mountains.

So what’s the link to user experience? Well, lets compare this to a typical UX research project:

So, do you notice the similarity here? Like it or not, a typical UX research project can be very skirmish-like. I’m not saying it’s malpractice – far from it. A skirmish delivers good value for money compared to no skirmish at all, and the evidence is in the fact that the clients keep coming back for more. Skirmishes uncover a lot of problems that the clients simply would not otherwise be aware of.

But here’s the clincher: problem identification is just the beginning of a long and tiring journey. And just at the moment the going gets tough, the UX consultant packs up and goes home.

The problems they uncover need to be properly understood and prioritised according to alignment with business objectives; appropriate solutions need to be designed and costed; new technologies may need to be considered; prototypes need to be built and then tested to ensure that the target problems have indeed been solved. This process is enough to sap the will to live out of the most well meaning team, so on top of everything else, they also need help to maintain passion and a unified vision of success.

With this in mind, it’s no wonder that successful UX research projects don’t always lead to successful products.

So what should consultants be doing?

Back when I worked at Flow Interactive, Phil Barrett told me that their goal was to educate their clients to such an extent that ultimately, they’d stop needing to use Flow at all. Conventional thinking would suggest that this would kill the golden goose and you should always try to keep your magic recipe secret. In reality, the only thing that happens is that your clients start to love you, and those who do reach independence become vocal advocates of your services.

When a client asks you to do a poorly planned research project, it’s easy to roll over and sell them exactly what they are asking for. It takes courage to disagree with them when they’re wrong.