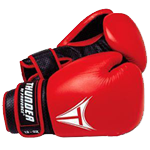 I’ve been delivering a lot of User-Centred Design training lately at Flow, and I’ve noticed that when most people do paper UI sketching, they can’t help going “hi-fi”, and making very precise wireframes.

It’s just too easy to get sucked into the minutiae rather than maintaining a focus on the bigger picture. Plus, precise UI sketches can end up taking hours to make, so then when you begin the evaluation phase, the author is inevitably feeling defensive over their baby. And since the small details are present – the wording, layout, and so on – feedback then ends up focusing on it. You end up drilling further and further into the detail because it’s such a tempting, solid thing to talk about.

Instead of small details, this initial stage of design sketching should concern things like proposition (Does the overall idea seem useful?), concept (How does it deliver it’s value?) and context (Would it fit in with the other things the user is doing, e.g. before and after using it?)

This is where ‘boxing glove’ wireframing technique comes in. You don’t actually wear boxing gloves (sorry for the let-down), the idea is that you take measures to physically compel yourself to do very basic, very quick sketches. It’s a bit like Andy Budd’s idea of “one day design concepts“, but at a scale of minutes rather than days.

The constraints of the small paper makes it feel a bit like you’re wearing boxing gloves – it forces you to draw only the most crucial parts of the user interface. (If you want to use bigger paper, just use a fatter pen). This enables you to hammer through a user journey in a few minutes.

Another nice benefit is that this method invites participation in a way that finessed diagrams don’t – anyone can join in, no special skills necessary. If you’ve read Bill Buxton’s Sketching User Experiences, you’ll know exactly what I’m getting at here.