An introduction to Web Intents – an interview with Glenn Jones 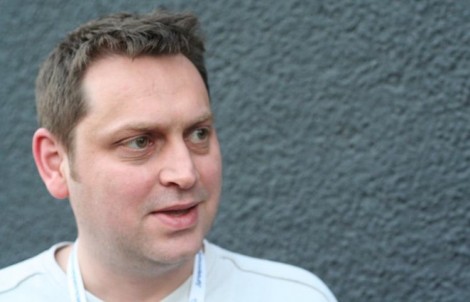 Glenn Jones is a Founder/Director of Madgex. Glenn is currently co-organising a Design-Push event on Web Intents in Brighton (25-Feb-2012).

If you work in UX and you don’t know much about Web Intents, you’re missing out on a discussion that could have a big effect on the user experience of the entire World Wide Web. This interview should give you an insight into what it’s all about.

From an end-user’s perspective, what is a Web Intent and how does it help them do stuff?

“Web Intents” is the name of a framework for “web-based inter-application communication and service discovery”. That’s a pretty jargony definition, so let’s take a practical example.

Let’s say you found a photo of a cat on an image hosting site. There are certain standard things you might want to do with it. You might want to edit it, share it, bookmark it, order a print, or perhaps subscribe to other photos in that feed.

So, let’s say the website owner wants to give you some way to carry out these actions (or “intents”) on this object.

What’s the best way for them to do this? Take sharing, for example. There are hundreds of services out there. Should the website show a massive grid of all of them? That’d be the easiest solution, but it’d give a cluttered, tiresome user experience. So what if the the website shows just the 5 most popular services? Again, that’s not a great, as it might not include that one service you personally prefer to use.

What the website owner really wants is some way to magically know which services you want to use, for any given object (e.g. photo) and verb (e.g. share, bookmark, print, etc). This is what the Web Intents framework intends to deliver – to provide users with a single button for any of these given actions, that, when clicked, takes users straight to the services that they prefer to use. As such, it aims to improve the UX of the web.

There is a debate about the name. Some people (such as Tantek) believe it should be called a “web action”. Others want to call it a Web Intent. From an end user point of view, it doesn’t matter, since they’ll never see the name. But it’s arguable that a good name could help adoption by publishers and web developers.

It sounds it could be a real pain in the ass for users to configure their Web Intent services. I can almost imagine a browser preferences pane with 100s of options in it. Please tell me it wont be like that!

This is exactly one of the problems that Web Intents tries to avoid. Let me talk you through what a user journey might be like, roughly speaking (though bear in mind none of this is set in stone yet).

Let’s say you’ve got a fresh install of a browser and you’ve never used any of this Web Intent stuff ever before. You are browsing away, go to twitter.com, log in, and post a tweet. Behind the scenes, twitter will register it’s services with your browser. Then, let’s say you go to Tumblr and write a blog post. Tumblr, then, will also register its services with your browser. This way your browser will gradually build up a list of services that you hold accounts with and that you actively use.

Later on, let’s say you visit a website which contains a share button – one that’s powered by the Web Intents framework. If you click the share button, the browser is then passed some data (in this case, the URL) and your intent (to share). It responds by showing you a UI that allows you to pick one of your preferred services – in this scenario, it’d present you with twitter and tumblr as choices. You’d pick one, and then you’d be taken to a web page provided by that service, in a pop-up or full page.

I should emphasize that this is a rough vision of how it might work. All this is in development at the moment.

We all know that defaults can be a very powerful way to influence user behaviour. Are there any plans for Web Intents to have default services, so, for example, if I click “Share”, could I have it so I am automatically taken to Twitter and none of the other services get a look-in? Or will I always be presented with an interstitial dialog where I then choose from a list of service providers?

To the best of my knowledge, the browser vendors haven’t yet committed to including this feature in their UI.

Personally, I don’t think defaults are the right way to go. I think the user should be shown a list of matching services that they actively use. A more interesting solution would be to sort the list of possible services by by frequency of use. Defaults are too black-and-white.

Will users be able to configure their Web Intent services from a preferences panel within the browser?

Yes I believe the browsers will have to create some sort of preferences management UI, but the whole point of the approach is that it works without ever needing the user to go into a separate configuration interface. The configuration happens bit-by-bit as you navigate around the web and use the feature.

A UI should be available to those users who really want to tinker with their settings. It could look a bit like the extension manager in Chrome or the add-on manager in Firefox.

If Web Intents relied on users manually twiddling lots of settings in a complex settings panel hidden somewhere in the preferences dialog, then the feature would most certainly fail.

So are Web Intents just about pushing content out from one service to another?

No, you can also receive data – for example, if you wanted your app to pull in a contacts list from elsewhere. Also, you can do a round trip – like with image editing, the user pops off to their chosen web-based image editor, then returns with the finished image when they click “done”.

Facebook’s “like” button puts their branding on millions of web-pages. Why would they throw this away in favor of unbranded web-intents powered share buttons?

It’s not a one-or-the-other decision. If the Web Intents framework gets adopted, then it would probably be in their interest to make their service available in addition to their like buttons.

If I ran an image hosting website, and my income relied on users ordering prints from me, I certainly wouldn’t want to use a Web Intent that allowed users to swap in a competitor’s service onto my buttons. A feature like that could destroy my business. Do you think some web businesses will be intimidated by Web Intents?

It’s not scary. As a website publisher you would pick and choose which Web Intents buttons to feature on your site. The idea is that you’d pick ones that would provide functionality that is not core to your product and otherwise expensive to build.

Why do you think the Web Intents framework is going to succeed?

The Web intents framework paves over a well trodden path. We already have vast numbers of buttons for sharing between and linking between sites, and these button are the starting point for billions of interaction today. We are simply trying to standardize something that is already there.

How can the UX community get involved?

I think the UX community should take a great interest in the development of up-and-coming features. It’s better to engage early on, rather than waiting for the browser vendors to deploy new features and then deal with any problems. This especially true of Web Intents which will create new types of user journeys which could be a big part of the web.

For the past couple of months I have been working with two designers Danny Hope and Andy Dennis to organise a UX design event on February 25th in Brighton. We are trying a slightly new format that we’ve coined a “design push”. The idea is to take a current technology such as Web Intents and focus a group of UX designers on a day of open collaboration with the aim positively adding to its development and adoption. We have been luck enough to members of both the Chrome and Mozilla teams coming along to partake in the event.

So join in the discussion and get your voice heard.